In honour of National Meadows Day, I visited my favourite meadow at golden hour. It is beautiful place anytime of the day, but the light this evening made the wild flowers shine!

Today I thought I’d take a closer look at some of nature’s beauty. All that detail and colour. My only challenge was photographing it in the wind!

Best moment was when a small movement on the surface of some damp ground grabbed my attention. I thought it was a beetle, then I saw some more movement. I inspected the area more closely and saw that the tiny creatures were juvenile frogs! They shone like gems in the sunlight! Utterly delightful! 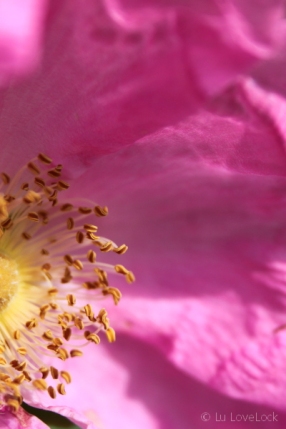 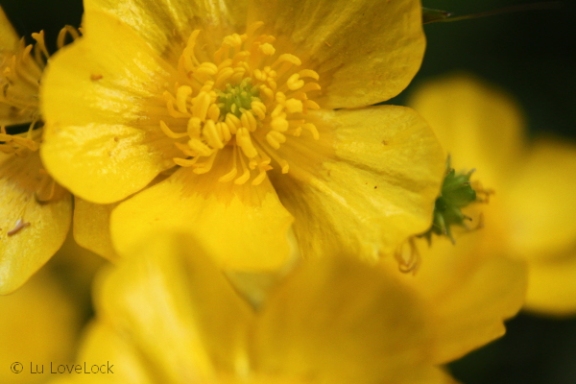 It has been a very busy few days for me, so I haven’t had much time to sit down and blog. I have, however had plenty of opportunities to enjoy some wonderful urban wild moments.

I know that I haven’t paid much attention to plants so far this month, but that all changed today!

First I spotted that someone had carved a leaf into some stone masonry. Walking a little further I found a real plant, this one growing out of a gutter. When I rounded the next corner, I found a building that had been almost entirely covered by a vine! I thought it was quite an impressive sight! 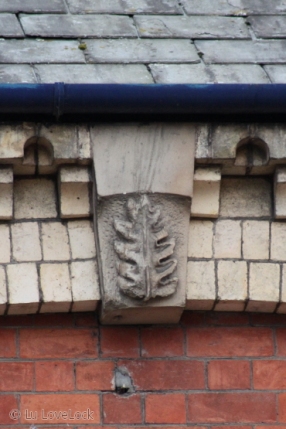 Today I was going to see some friends off at Heathrow, so I promised myself that I would find some of the Pied Wagtails known to hang out in the trees outside the Terminals. I thought it was a long shot, but still worth a try.

It was dusk as I said good bye to my friends, and as I made my way outside I decided to for fill the promise I’d made myself. I headed over to the nearby trees and sure enough several feathered faces peered back at me in the fading light. Happy with my ‘wild’ moment, I left for home.

A quick pit stop at the services were required, I looked out through the car window expecting to see only cars and lorries. Then a flutter caught my eye, a bird flew over the car park and landed in a nearby tree. It was only then I realised it was a Tawny Owl. I approached carefully, and using only the light from the nearby street lamp, I took a photo. The owl remained for a few moments, looking around its surrounding before it was off into the night!

Today was another day of travel, this time from Worcester to home with some urban wild in between.

At the train station in Worcester I watched the gulls flying, landing and resting. A sight I won’t see for a while and will miss.

In Nuneaton train station, I noticed cosy little nests had been made by Sparrows, exploiting the holes in the eaves to make themselves a home. 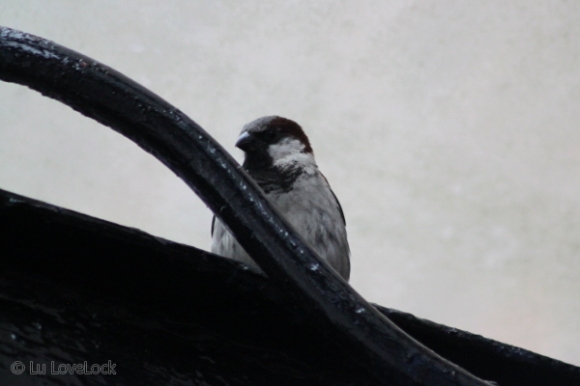 On my walk between the train and bus station I passed an over grown buddleia that was spilling out over the pavement. The purple bush was smothered by busy bumblebees, foraging for every drop of sugary nectar they could get. 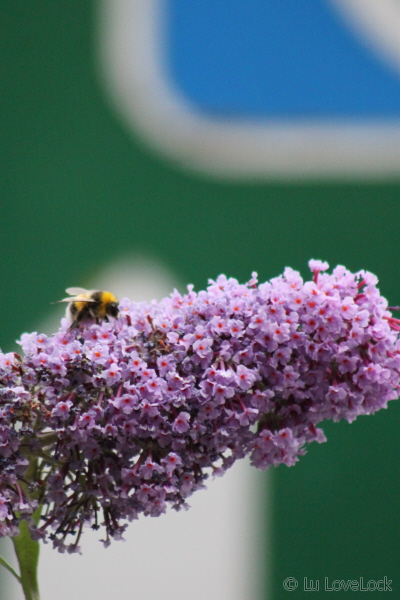 Finally a short break for a snack before catching the bus. I was kept company by hungry pigeons, who snatched up any clumsily dropped crumbs in a blinking of an eye! 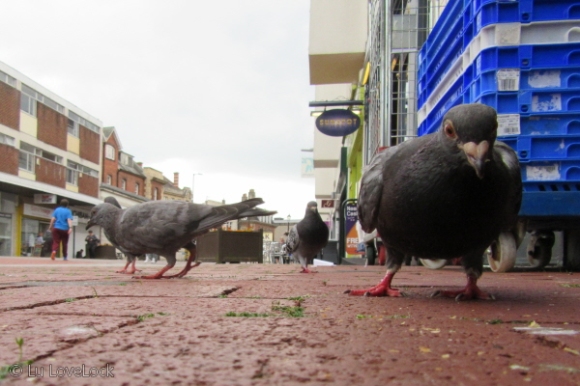 I find it so easy to admire urban wildlife. While we build with concrete and bricks, it is the plants and animals that find the cracks and fill them full of life.

As I was leaving work, I was beginning to think I wasn’t going to have a wild moment, a Red Kite flew overhead. Not something seen there until about 2 months ago. Exciting to see! 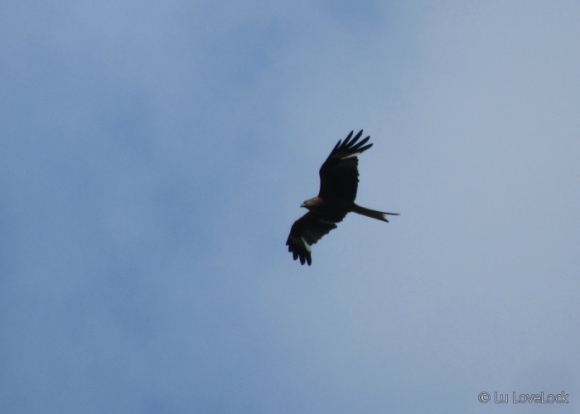 Then when I got home, I came across this beauty waiting for me on my front door! 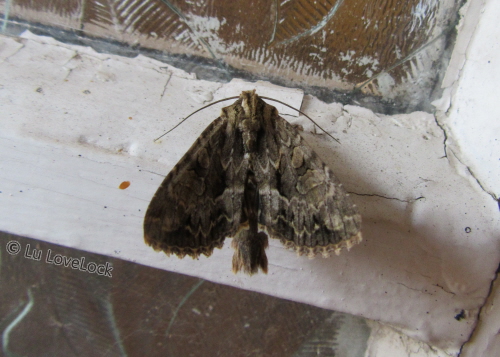 In May I planted an Ox eye daisy plant, today it finally flowered! I took a photo because I clearly wasn’t the only one enjoying the new bloom.

While out and about at work today, one of the very tame resident Robins came to say hello! I call them all Burt – after Burt Ward. If you’re really lucky, they sometimes come and feed from your hand! 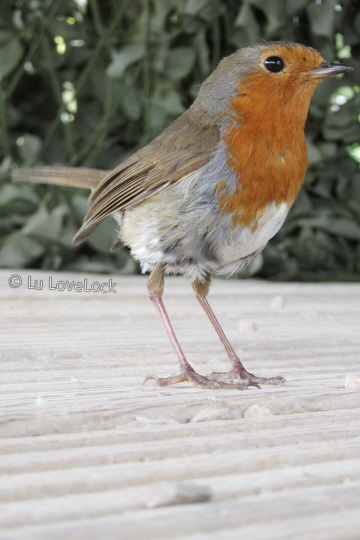 Today I had the chance to admire a very pretty moth. It had landed on a window, so I was able to not only see the top of the moth but also the underside of it. I think those eyes are amazing!

Stood in a little woody patch at work today, I found myself looking at the species of trees around me. The more I looked the more I saw, what on the surface looked like mainly scots pine and dogwood, had 11 different species! 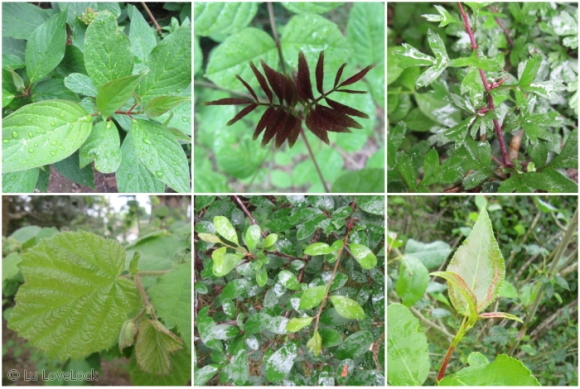 While looking at all those green leaves, a little splash of red caught my eye. A Red-Headed Cardinal Beetle was crawling round the under growth before spreading its wings to find new ground.

In the cold and the wet and the pouring rain, I decided to practice my grass ID! Kept me warm and moving for a while! 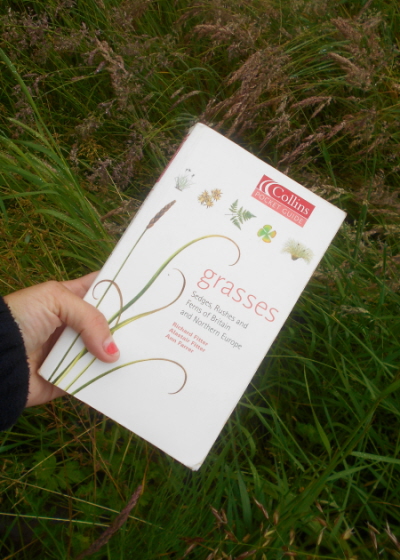